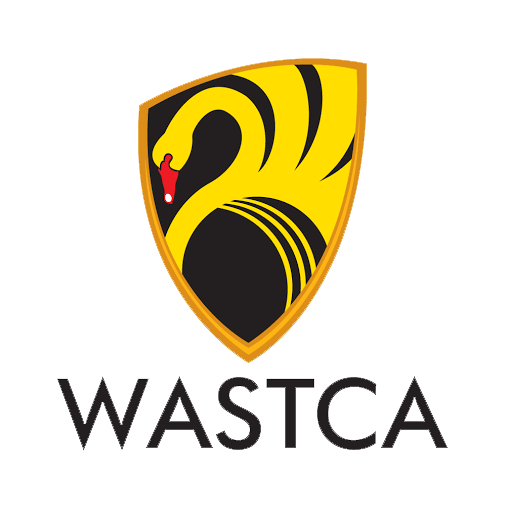 In 1974 there was no cricket club in or around the Balcatta area. Don Gimm (our first club president) distributed a flyer at Takari Primary School asking for interested players. After the first week Gimm had enough players to make three teams. Takari Primary School decided to support the boys and the new club was called Takari Junior Cricket Club.

One of our first games was at Gwelup Primary School, where our Under 11 side was all out for three chasing a score of 50.

From these humble beginnings the club grew in stature and was renamed Balcatta Cricket Club. After three successful seasons as a junior club, we decided to form a senior side, so our growing band of juniors had something to aspire to.

Balcatta's first senior captain, Frank Cicci was the main instigator of the senior side, rounding up interested players from around the area to compete in the Wanneroo Cricket Association's A-Grade competition. The inexperienced group of players struggled to be competitive and were bowled out for just 12 in one game against Wanneroo. The side did manage one victory defeating Yokine Hellenic with a little help from North Perth A Grade cricketer Andrew Perry who scored 91 out of Balcatta's total of 186.

The following season saw an absolute form reversal when the club enticed Barry Taylor to move from Leederville. He brought with him many exceptional cricketers, including his brother Ray and former WACA pennant players Neil Hancock and Frank Morris. Under Barry Taylor's captaincy we won our first premiership in our second season. The side repeated the success the following year.

The influx of new players allowed the club to form a second side. Balcatta fielded two sides when it was decided to move to the Metropolitan Cricket Association.

The club moved to the MCA based on the belief the club needed to play in a stronger competition to attract and keep quality players. The club started in the MCA's 2nd Grade and played there for three seasons, before winning promotion to 1st Grade after making the grand final in 1984/85.

Former WACA pennant player John Hevron was recruited to lead the club in its first season in the top grade taking on the role as club coach. Hevron steered the club through one its most successful periods, winning five MCA titles in two seasons including two 1st Grade premierships. The club also expanded from two sides at the end of 1984/85 season to four by the start of 1987/88.

Balcatta became a force in the MCA and built a fierce rivalry with traditional powers Dianella and Leederville. These two clubs denied Balcatta greater success, defeating the top side in a number of semi-finals over the years.

Balcatta entered WASTCA in 1993/94 and had immediate success winning the 2nd Grade premiership and promotion to the top grade under captain Steve Jones. We also won the 6th Grade premiership that same season. We made our first finals series in 1st Grade in 1996/97 under the leadership of Mick Martell, unfortunately losing the semi final to Whitfords.

Our first 1st Grade Grand Final appearance was in 1998/99 but a poor showing with the bat cost the side the match. High Wycombe easily accounted for Balcatta's total of 122. Peter Moldrich's 87 was the only shining light in a forgettable final.

We finally broke through for our first WASTCA 1st Grade premiership in 2002/03, under the captaincy of Peter Moldrich, defeating Applecross in a rain affected game. Balcatta had defeated High Wycombe by 29 runs in a thrilling semi-final a week earlier with Peter Gardiner destroying the opposition with 6/22. The club also won the 3rd Grade premiership that season under the captaincy of Merv Rudrum.

The club reached another milestone in October 2000 when the first game on turf was played at Jones Paskin Reserve. We put in four turf wickets at the ground after establishing some turf practice wickets in 1996/97. A fifth wicket was dropped in the centre block in April 2004.

The relegation hit the club hard. However, in true Balcatta style we rallied together and started rebuilding. In our second season in 2nd Grade we finished on top of the ladder and won the premiership in 2013/14 captained by Julian Lane who commenced with us a very young player and moved through the ranks. This was the start of a successful period for the club.

Our return to 1st Grade in the 2014/15 season was anticipated with excitement and resulted in achievements beyond everybody's expectations. The Colts won the premiership in convincing fashion and in our first season back in the top league and in our 40th Year Anniversary, the 1st Grade side won the Grand Final in one day against more fancied opponents, Tuart Hill. A great effort winning back to back. The first team ever to win 2nd Grade and then 1st Grade premierships in successive years in the history of WASTCA.

In 2015/16, our 1st XI again made it to the big dance but unfortunately lost in the Grand Final to Murdoch University Melville but got revenge in 2016/17 against the same side by taking home the flag. A successful period lead by Julian Lane as captain.

In the 2020/21 Season, the 1st XI, lead by Jerra Smith, were back to being a force and were successful in obtaining the minor premiership finishing top of the ladder after the home and away season. Unfortunately, the boys went down in the Grand Final against a strong Wembley Districts CC side.

We continue to field 5 senior sides, a Colts team and two T/20 teams. Junior cricket still plays a big part in the club (see Player Info page). We continue to build a rich culture and history at the club that will continue to see us grow and achieve success for many years to come.‍

A list of all of our 25 premierships with scorecards is under construction... Coming soon.....

Life membership is awarded to those people in the club who have dedicated plenty of their time over the years to make the club what it is today.

It is voted on by a panel of existing life members upon nomination.

These are some of the people who have been major contributors to creating the history of our club and many are a major part of creating its future. From all of the members of The Balcatta Cricket Club thank you to the life members and their contributions.

Thank you!
Your club news subscription has been received!
Oops! Something went wrong while submitting the form.